ITALY CYCLING TOURS IS YOUR SPECIALIST IN CYCLING HOLIDAYS Contact us +39 0831 1721226 - booking@bikeandhikeitalia.com 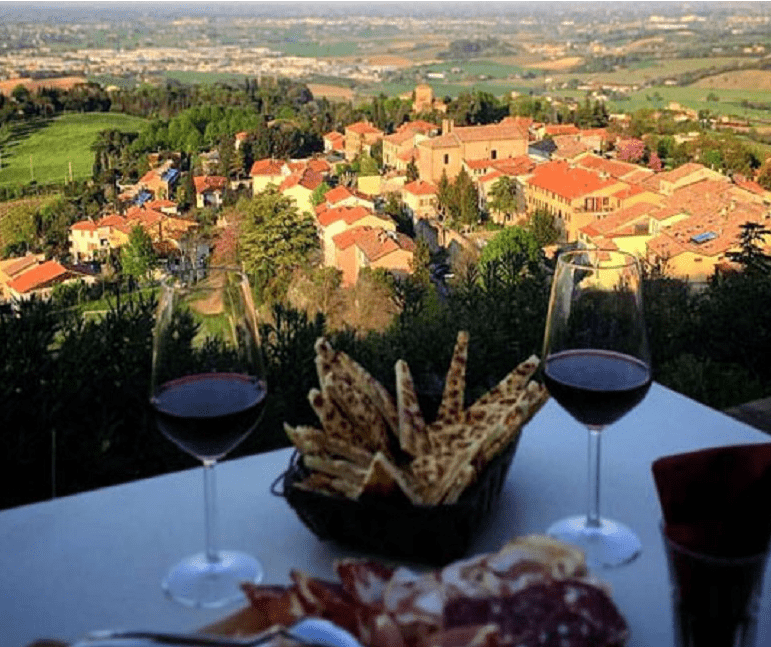 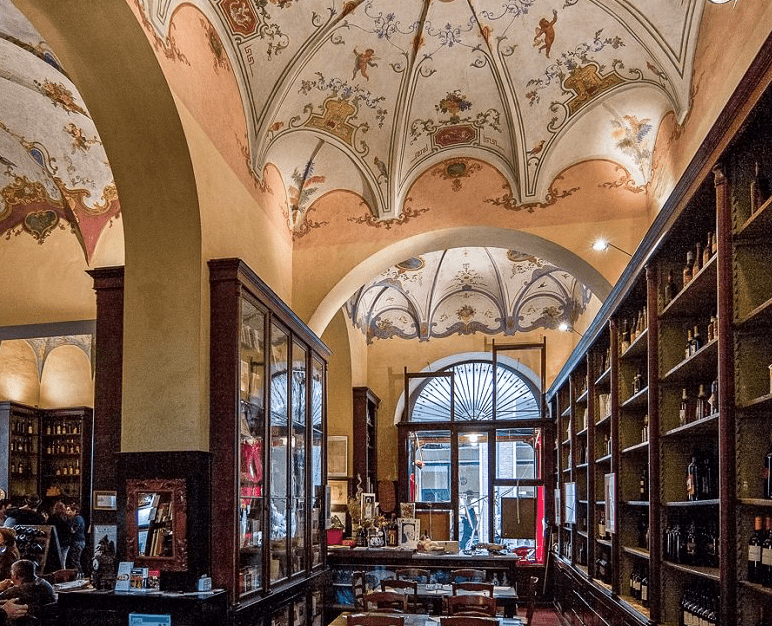 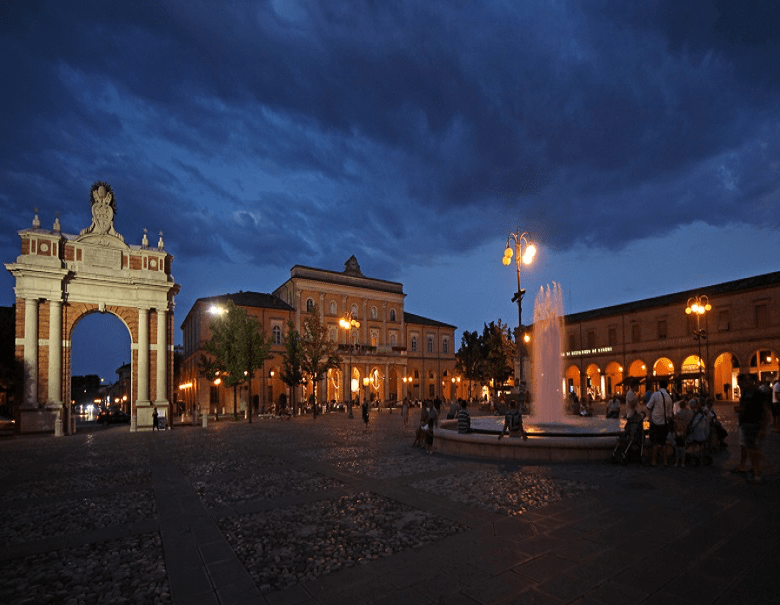 CYCLING IN ROMAGNA: A RIDE AROUND RAVENNA

Book your tour from €
<
>
Day 1: Individual arrival in Ravenna, considered to be one of the most interesting cities of Emilia Romagna, with an impressive complex of early Christian and Byzantine monuments. Don't miss the chance to visit Piazza del Popolo, the focus of the historic city center, the Basilica di San Vitale and Dante’s Tomb, a little temple in neoclassical style which preserves the remains of the Italian poet par excellence, who died in Ravenna in 1321.
Day 2: From Ravenna to Cervia (45 km, elevation: 200)
Cycling along the Adriatic coast on quiet secondary country roads, you will dive into the history and culture of Emilia Romagna. After cycling along the promenade of Lido Adriano you can visit the Cathedral of Sant'Apolinare in Classe. Then you'll head towards the Pinewood of Classe, an uncontaminated area (about 13 Km) where you can discover the main species of flora and fauna of the territory. After passing through the lido of Savio you'll arrive in Milano Marittima/Cervia.
Day 3: From Cervia to Santarcangelo di Romagna (40 km, elevation: 200)
Today you'll explore the hinterland between Cesenatico and San Mauro Pascoli, places full of history. Your ride continues towards Santarcangelo di Romagna. Along the way you'll meet porto Leonardesco, the birthplace of Giovanni Pascoli and Villa Torlonia.
Once arrived in Santarcangelo di Romagna don't miss the chance to visit the Tufacee underground caves, which were used during the war as shelters.
Day 4: From Santarcangelo di Romagna to Bertinoro (43 km, elevation: 800)
Today's itinerary takes you on the hills between beautiful hamlets and the fortresses of Malatesta. Passing through the small villages of Longiano, Montiano, and Sorrivoli you'll reach Cesena, a small city full of interesting historical sites: Piazza del Popolo with Francesco Masini's 16th-Century fountain and the City Hall; the Malatestian Fortress, surrounded by a superb park; The Cathedral, said to be built on a Roman temple and  central point of the city; last but not least the Malatestian Library precious trove of humanistic culture. At the end of this stage Bertinoro awaits you: its wonderful position has earned Bertinoro the nickname of ‘Balcony of Romagna’.
Day 5: from Bertinoro to Brisighella (53 km, elevation: 715)
Leaving Bertinoro behind you, the hills will gradually blend into the plain. Along the way you'll pass through Fratta Terme, Vecchiazzano, Terra del Sole and Castrocaro Terme, a small village dominated by a massive fotress characterized by three separate architectural and defensive works: Girone (walls), Rocca (fortress) and Cannoniere (Medicean Arsenals). Considered by experts as one of the most beautiful examples of fortified Medieval architecture, today it houses the Historical Museum.
The tour continues towards the small town of Brisighella. Located between Florence and Ravenna, this small town is defined by its trio of iconic hilltop structures: La Rocca (The Rock), La Torre (The Tower) and Il Monticino, the three of which overlook the sunset-hued rooftops of one of Italy's most picturesque villages.
Day 6: From Brisighella to Ravenna  (51 km, elevation: 250)
Today your cycle route is almost completely flat. Your first stop will be Faenza, famous for the production of exquisitely crafted ceramic objects. Then your ride continues to Russi. Finaly, you'll reach your destination: Ravenna
​Day 7: Departure after breakfast
TOUR RATES
Supplements:
- High season (from 15/07 to 30/08): 230 € per person in double room;
​300 € per person in single room.
- Transfer A/R Rimini or Bologna Airport on request 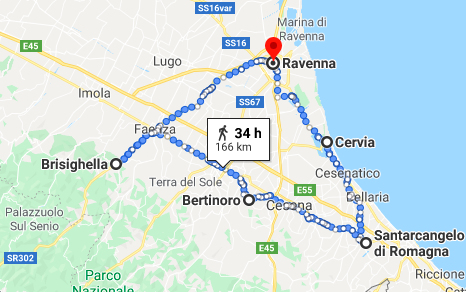 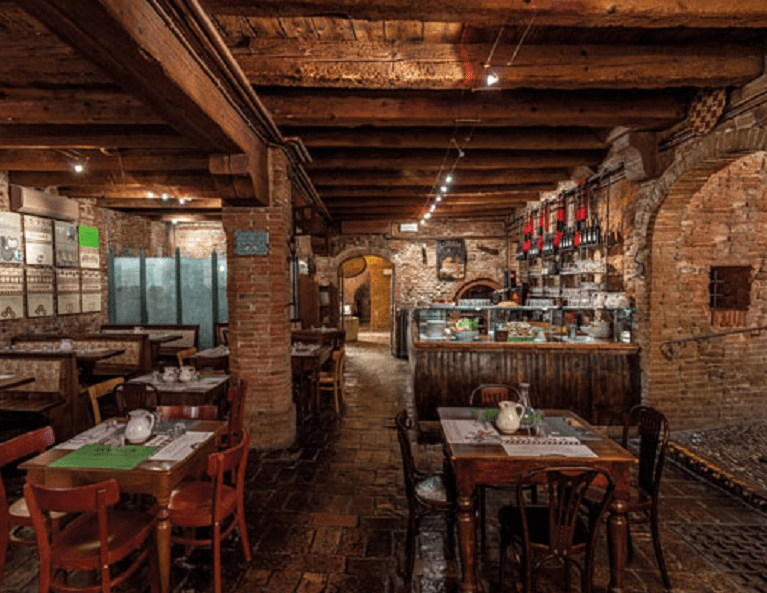 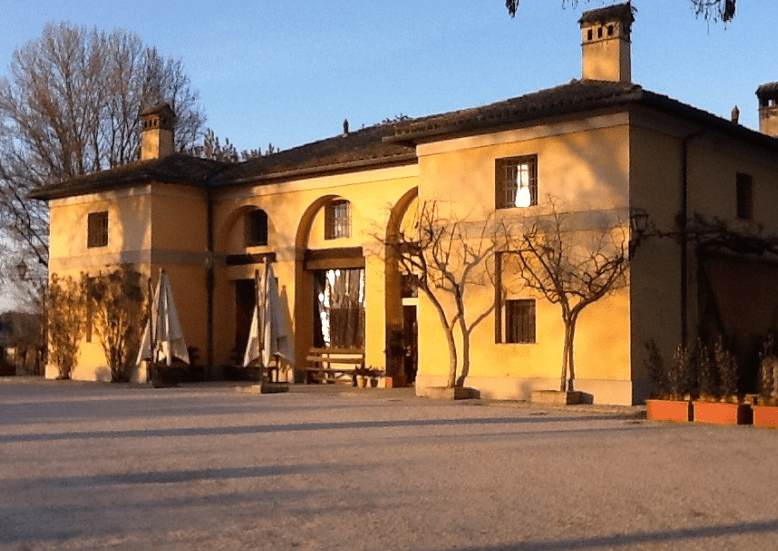 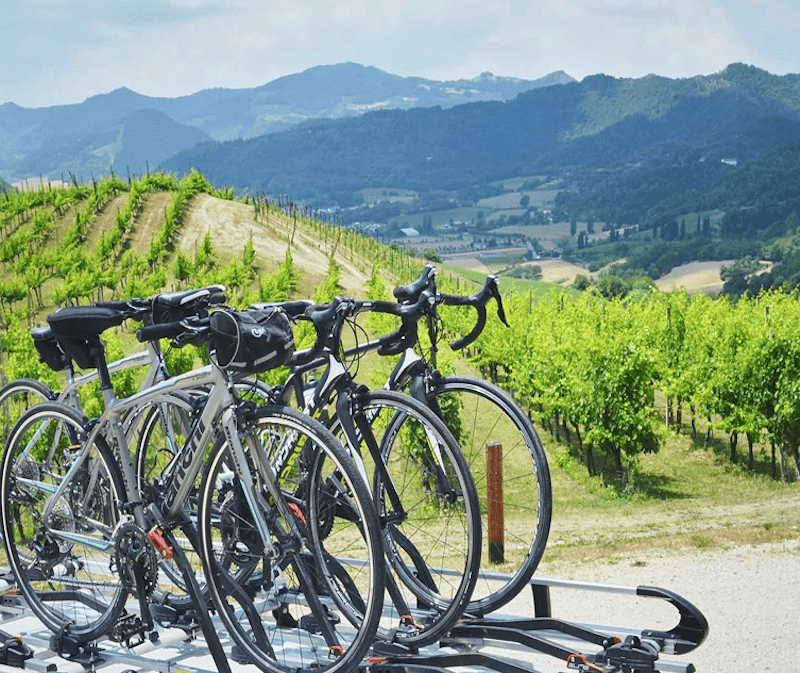 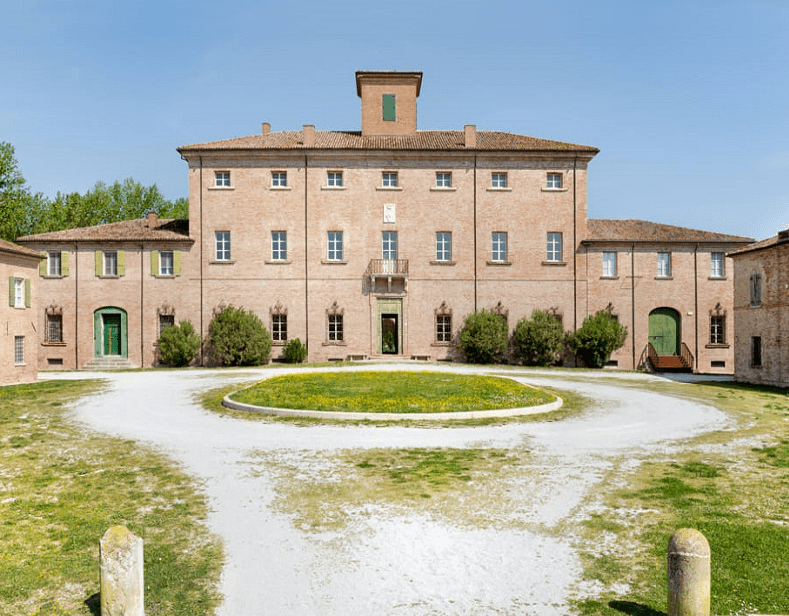 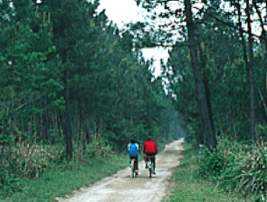